According to Kevin Dewalt, CEO of Minds Eye Entertainment, principal photography for the forthcoming sci-fi creep-out The Recall has officially commenced in British Columbia, Canada. From the sound of things there’s plenty of talent involved with the film, and the concept is just the sort the leaves capabilities wide open. The Recall could be a contained tension piece, or it could be a grandiose shocker. We’re excited, either way.

The Recall will also be shot for the new Barco Escape three-screen, panoramic theatrical format, which fully surrounds audiences and offers the ultimate immersive cinema experience.  Portions of the films will also be shot in Virtual Reality.

Minds Eye International has North American distribution rights to THE RECALL, while VMI Worldwide has international rights. THE RECALL will be produced by Kevin Dewalt (Forsaken, The Tall Man) and Danielle Masters (Forsaken, Wolfcop), and will be executive produced by Guy Griffithe (WTF: World Thumbwrestling Federation, School Spirits), Andre Relis (War Pigs, The Perfect Weapon), Frank White (The Tall Man, Faces In The Crowd), and Isabella Ragona (Forsaken, Stranded). THE RECALL is the first film of a six-picture production slate announced by the companies at the 2016 Cannes Film Festival.

Synopsis: When five friends vacation at a remote lake house, they expect nothing less than a good time, unaware that planet Earth is under an alien invasion and mass-abduction.

Here’s some early artwork to admire. 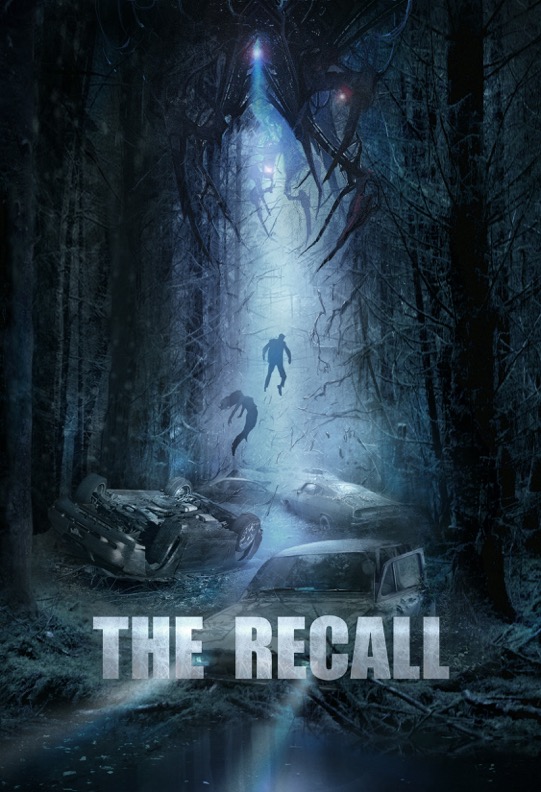