Channel Zero: Candle Cove is the first season of a Syfy Original series based on stories on Creepypasta. Candle Cove follows Mike, a child psychologist returning to his hometown to revisit a series of murders from his childhood, including that of his twin brother Eddie. Once there, he’s jolted by the memory of a TV show he and his pals used to watch: Candle Cove, a cable access puppet show starring the ugliest, most terrifying puppets this side of a Jeff Dunham special. 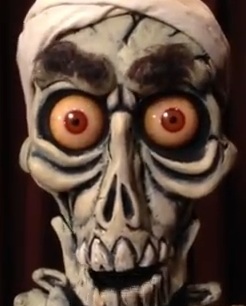 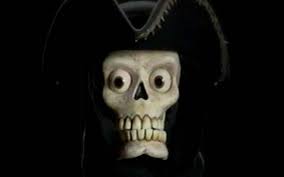 I don’t know which one is worse!

(Yargh I don’t know which is worse!)

Only kids can see it, and it only aired during the time of the murders, and uh oh, Mike’s friends’ kids are watching it, along with every other kid in town. And the murders begin again.

Candle Cove has the impressive pedigree of being produced by Max Landis (son of horror movie royalty John) and producing and writing by Don Mancini (of the Child’s Play franchise). As far as acting, most of the cast is more than competent, but a standout performance is Luca Villacis as both young Mike and Eddie. His Mike is fragile and tormented, and his Eddie is clever and demented. Harry Potter fans will recognize Harry’s horrid aunt (Fiona Shaw) as Mike’s mom, who does a great job as a woman who is torn by love for and dread of her son. Paul Schneider as Mike leaves something to be desired; as my friend Hope put it, “He looks like he’s trying to decide if he has to poop now or if he can wait until later.” He greets every situation, no matter how grotesque, with what looks like either smugness or bemused smugness. Even in family photos he’s staring into space.

The show ponders aspects of growing up and whether we really do; as Mike puts it, “Adulthood is just a mask […] But behind it all, we’re all still the kids we were.” At the same time, it also examines the question, “Is too much TV bad for kids?” The kids watching Candle Cove are certainly slack-jawed, when they’re not smiling malevolently and covered in blood. Mike points out, “Under the right circumstances, kids are capable of almost anything […] Childrens’ brains are like clay.”

The horror is mainly psychological. The show’s makers wisely avoided relying on the shock of seeing kids perform acts of violence. Most of the creepiness comes from weird nightmare sequences that make no sense, like the opening when Mike dreams he’s being interviewed, and the camera operators turn into mannequins. Then there’s the Tooth Child, which is never really explained. And Skin-Taker. And let’s not forget the puppets. 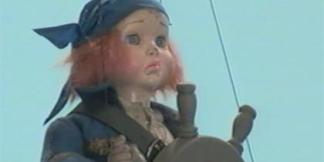 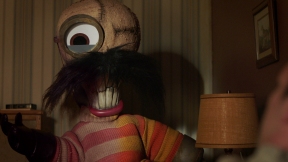 Pirate Percy is the only non-evil one, but his perpetual expression of misery makes him no less eerie. Also used skillfully is a slow-panning camera and ominous almost-silence.

Overall, my kudos far outweigh my gripes. I can’t shut up about it, and all of the people I recommended it to watched it pretty much in one sitting. Give it a look if you’re in the mood for something profoundly unsettling. 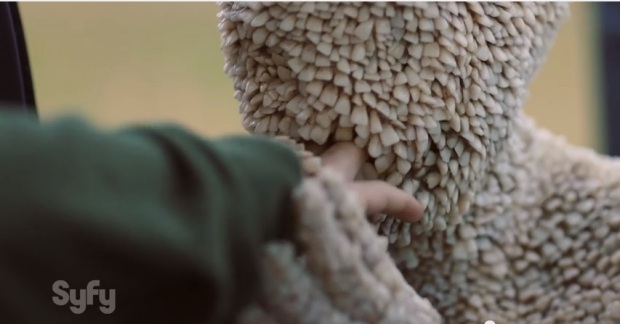 Seriously, what the heck is this thing?