It might be the absolute worst of every sequel from the three favorite genre franchises of today (Halloween, A Nightmare on Elm Street and Friday the 13th, obviously). That’s a pretty insane claim, but there’s arguable validity in a statement like that. That’s not a good thing, but you know what? That reputation has guaranteed that all fans will always remember Halloween: Resurrection. Negative stigma – infamous or not, people aren’t going to forget that Busta Rhymes was the man to let the dangertainment begin in Halloween: Resurrection… on this day… 15 years ago!

Yeah, it’s hard to believe that much time has barreled by, but it is indeed fact.

There’s a strange legacy here, and in a way, it kind of adds a little charm to the movie. I can’t say it’s a favorite, but the introduction is interesting and… well, there’s dangertainment… and uh, all that.

The film premiered on the big screen on July 12th, 2002. Resurrection opened in the number four slot at the box office after hitting 1,954 screens, and pulled in a less-than-stellar $12 million on opening weekend, against a $13 million budget. Halloween: Resurrection topped out at approximately $30 million domestically, with an addition $7 million in international sales. That means, amazingly, it was nearly a profitable picture.

Halloween: Resurrection still finds a way onto commercial shelves, and it’s of course included in some of the extensive collections that have seen release. So, it has probably proven to be a relative win for Dimension. In some way, it’s proven to be a relative win for fans as well; there are a lot of awesome jokes and a few fair memes that were birthed thanks to this ugly duckling. 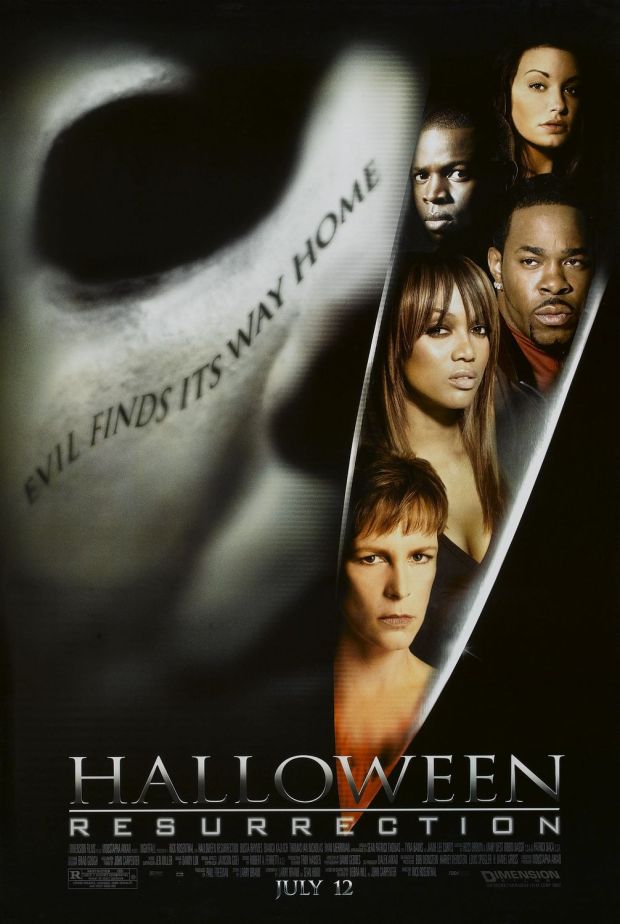