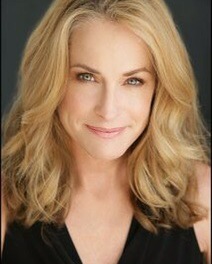 Let’s get it out of the way: Amanda Wyss is a goddess in the horror community for her role as Tina in the original ‘Nightmare on Elm Street’. Moving along, she has also been featured in ‘Fast Times at Ridgemont High’, ‘Deadly Innocents’, ‘Shakma’, ‘Charmed’, ‘Dexter’, ‘The Graves’, and ‘The Id.’ One of her most recent projects is the film ‘The Hatred.’ She has serious acting chops, and is cool enough to take some time from her busy schedule to chat with me via email. (Thank you to Michael G. Kehoe for sending them along, and thank you to Amanda for answering me personally.)

LK: Could you provide a little detail about your character in The Hatred?

AW: I play Beth. Mother, wife, career woman. She’s forthright, friendly, and adoring of her daughter and husband.  Irene, my daughter played by the luminous Shae Smolik. And my husband is Walter, played by dashing David Naughton. Did you know this is the second time David and I have played marrieds? ​ ​The first time was in Desert Steele. I simply love working with him.

LK: Did you enjoy working on The Hatred?

AW: ​I had a great time working on The Hatred. ​​Loved working with Michael. He and I have been friends for a while and have been looking for projects to do together. He showed me his short film Hush that The Hatred is based on. He asked me to play Beth, which is a cameo of sorts. I don’t normally do cameos but I​ adore Michael and I loved the script​ and the short​. ​It’s smart, scary and filled with wonderful roles for females to explore​. I look forward to working with him in the future. We have a few projects coming up.

LK: Are there any horror movies in your future?

AW: I do and I am so grateful for these fun roles. I love my job. Truly! First there is MADISON, a paranormal horror directed by Peter Sullivan. BIG LEGEND, a creature feature directed by Justin Lee. THE CAPTURE directed by Jim Agnew. And THE WATCHER OF PARK AVE directed by Ryan Burton. In September I’m filming a movie called THE ORCHARD written and directed by Michael Caissie. Very excited about all of these films.

LK: What is your absolute favorite role?

AW: Well, I have to say Meridith, from The Id directed by Thommy Hutson. It was such a rich, complex, and challenging role to bring to life. There was so much to discover in every scene. As an actor it was thrilling to step into her world and play a role of that caliber. The reviews were extremely kind and I’m very thankful for the experience. I am looking for more projects like this one, films that have powerful roles for women.

LK: What is your favorite genre of movie to watch for fun?

LK: What was the best experience you ever had making a movie?

AW: The best experience I’ve ever had making a movie was SILVERADO. It was magical. Months in the wintery beauty of Santa Fe, NM with the most brilliant actors and Lawrence Kasdan’s lovely script and direction. The entire cast and crew hung out together on set and off. Tons of laughter.

LK: Are there any movies you regret making?

AW: Oh man. LOL!…a few come to mind. The thing is everything happens for a reason. I can’t take any of the movies back so I do my best to see the gift in them. Hopefully, I learned something from the experience and someone somewhere enjoyed them.

LK: Have you ever acted in a movie that scared you?

AW: Oh Yes. Nightmare on Elm Street. My role in it was physically challenging. Most days on that set were grueling. Body bags, blood soaked and sticky, eels, worms, rotating room… and the subject matter was frightening. The boiler room where we filmed, the old Lincoln Heights jail, I think, was the second scariest place I’ve ever filmed. I still watch Nightmare with my hands over my eyes. ​The scariest location I’ve ever filmed at was The Hotel of Horror where I shot 360 degrees of Hell, a VR horror short. The terrifying cosplayer/actors stayed in character the entire time and loved to scare the hell out of me. My neck hurt from being tense and frightened and leaping so many times.

LK: Have you ever been offered a role that you had to flat-out refuse?

AW: Yes, I have. It’s never personal. It usually has to do with the script or the role. Script is everything.  I’m looking for roles that will challenge me in a well written story. I want to work with passionate filmmakers that have something to say. And I definitely want to work with more women writers and directors. In my entire career I’ve worked with 6 female directors.

LK: If you could say one thing to promote The Hatred, what would it be?

AW: Be prepared to jump out of your seat!! The Hatred has a Great cast of wonderful actors in a smart, scary script, shot beautifully by John Connor…and don’t look under the bed.