We’ve got a release date for the next Stephen King adaptation and some photos.

Next up for Stephen King adaptations is 1922, based off of the novella originally published in his Full Dark, No Stars collection back in 2010. Today Netflix released the premier date and some photos! Hopefully we’ll see a trailer soon.

Mark your calender’s for October 20th when 1922 will be live and ready to watch. Starring Thomas Jane (The Mist) and Molly Parker (The Road), 1922 follows a man who murders his wife and then must deal with consequences in a very Poe like way. This film was directed by Zak Hilditch based off of an adaptation he wrote himself. Mike Patton has created the score for this film, lead singer of Faith No More and avid horror movie fan.

This fall we will also get the Netflix release of Gerald’s Game but we have no solid date as of yet, just one teaser photo which has me incredibly excited for yet another 2017 King adaptation.

And of course, IT comes screaming into theaters in two weeks time on September 8th. 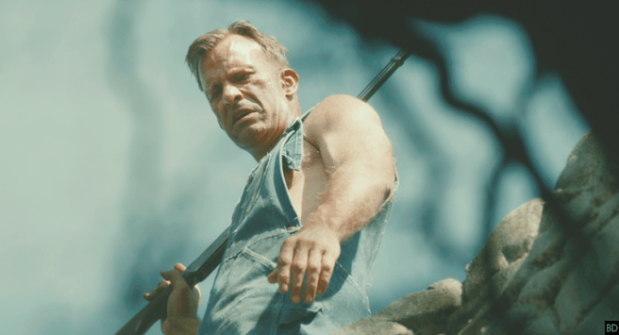