My recommendations for some great horror podcasts to help you pass the time!

These are in no particular order – I am fond of all of these and recommend each and every one! All of them can be found on iTunes and if you like them, give each podcast a rating on iTunes because it helps them with sponsors and new listeners. And a lot of them have Patreons where you can donate a small fee monthly to help them keep running.

From Blumhouse comes the must listen to horror podcast. Rob Galluzzo, Ryan Turek, Rebekah McKendry and Elric Kane meet weekly to discuss their current watch lists and then have a guest come in. They have directors, writers, producers and many more join them for a round table interview and discussion. Right now they’re doing exploitation month so each week will be covering a different theme. They started with sharksploitation live from MidSummer Scream.

A great one to check out is Episode 60 – Day of the Woman! BJ Colangelo joins the group to discuss rape/revenge movies. It’s a solid conversation that hits a lot of important points and remains respectful.

When the group can’t meet, they have bonus episodes which are great too – Rebekah McKendry and her husband will discuss the true stories behind horror movies or delve into creepy lore. And Rob Galluzzo does some great bonus episodes with Tony Giles where they spin records of all their favorite scores and theme songs.

I’ve gotten so many great recommendations from this podcast in both movies, books and music and have also found a great place to chat about the horror films we love in the Shock Waves Horror Movie Club on Facebook.

Hosted by Byron, Sam and Kelly, each week they focus on one horror movie they’ve all seen, usually a brand new one, and discuss and review. There’s also a weekly segment hosted by Kelly where she delves deep into the supernatural and the bizarre.

What makes Frightday so brilliant is the dynamics between the three hosts – they’re all hysterical and their interactions have had me laughing out loud embarrassingly so while walking to work. They also run the website frightday which posts some great horror articles and reviews. And if you’re a big fan and want to help support them, they have a Patreon where you can get access to extra episodes from Captain Kelly including a two-part in depth investigation into Roswell.

They also have a great facebook group where fans can chat with each other about horror movies and conspiracy theories.

A great episode to check out is #126 where Kelly goes down under to tell us all the terrifying things that you can find in Australia and the group discusses the movie Killing Ground.

From Nerdist comes a great podcast that kind of covers a bit of everything. Full disclosure – I’m a huge fan of Jessica Chobot and look up to her a lot, so when she first put out this podcast I jumped right in without even caring what it was about. But after the first episode I was hooked. It’s hosted by Jessica and Andrew Bowser and over the years this podcast has completely evolved into the best kind of hot mess.

With segments like “Because Japan” or “Poo Corner” or “Bowser’s Backyard”, you really never know what you’re in for.

While BS mostly covers things like true crime, ghost stories or conspiracy theories, Bowser is a big horror movie fan and will occasionally share his reviews or have great guests like Barbara Crampton.

You can watch Bizarre States live every Wednesday at 4pm PST on Project Alpha, on Nerdist Youtube, or on Nerdist Twitch. And you can download the podcast every Thursday morning.

My recommendation for BS is to try and start from the beginning, or as early as possible, so that you can see the progression of this insanely hilarious podcast.

Hosted by Adam Green (Hatchet, Frozen) and Joe Lynch (Wrong Turn 2, Everly), The Movie Crypt was rated one of Entertainment Weekly’s Top 20 podcasts. The two guys talk about anything and everything to do with making movies, making music, watching movies etc. Each week they sit down with a different person in the industry and discuss that person’s journey and field of work.

My recommendation is to listen to #217 where they sit down with Don Mancini and break down the different tones of the Chucky films and discuss the upcoming sequel, Cult of Chucky.

Mick Garris sits down with a different horror director each episode and goes through their film history and asks some really great questions. Garris is an incredible interviewer and puts even the grouchiest of directors at ease. He also asks really great probing questions and you get to hear so many great industry and behind the scenes tidbits.

My personal favorite episodes are the Eli Roth one and the Rob Zombie one simply because I love both those guys. Listening to Eli Roth talk about horror movies and sharing his extensive knowledge is always an incredible experience. And hearing about how many road blocks Zombie has run into in his career is fascinating. 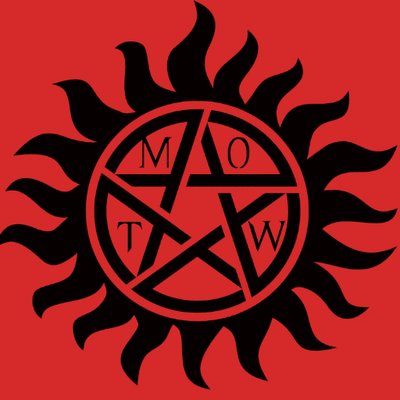 MONSTER OF THE WEEK

This one is for any fan of the series Supernatural! Each week Jeremy and Chris sit down to dissect episodes of the show, starting from season one episode one and going chronologically. They’ve just finished season four and oh boy, is it fun to listen to.

I used to be a massive fan of Supernatural but gave up around season six or seven. But I’ve always had a soft spot in my heart for this ridiculous show, so going back and listening to these two guys hilariously dissect each episode is a great past time. Their knowledge of Supernatural is immense and their dynamics are really great.

This is a lower budget podcast so some of the older episodes have some audio problems but the most recent ones are spot on. But what they lack in proper podcasting “tools” they make up for in personality and humor.

And I’m not gonna lie, listening to Monster of the Week really makes me want to go back and give this show another chance…

Full disclosure – I’m a newer listener to Test Pattern but after listening to #39 where the two hosts watch and discuss The Stepford Wives and Invasion of the Body Snatchers, I instantly became a fan. I can’t wait to delve back into the podcast backlog and listen to it all.

Hosted by Jacob and Tab, each week the two delve into two horror movies and then discuss their thoughts and opinions on each flick. Interspersed with clips from the movies themselves, music, and voice clips of fans of the movies, you get an in depth exploration of some great classic films. They focus on their favorite creature features, B-movies and 90’s movies.

Rebekah McKendry from Shock Waves and her husband David Ian take us on a journey through spooky lore and urban legends. They’ve covered video games, vampires, professional wrestling, casinos and gone behind the legends of movies like the Wizard of Oz.

I’m a huge fan of Rebekah McKendry fan (another hero of mine!) so I was thrilled when she released this podcast. It’s still relatively new but every episode is so well done and super interesting. I’m also enjoying sharing lots of facts and quirky stories to my friends that I’ve learned from this podcast.

The next two are more a focus on true crime, which in itself is horrific, and which horror movies take a lot of inspiration from. I’m a big true crime buff and I like podcasts that get into the nitty gritty and share news clips, court recordings and interviews. 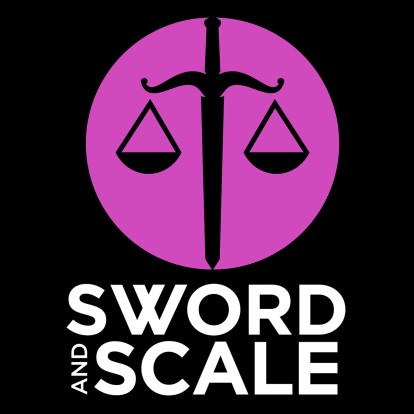 This is THE true crime podcast – it covers everything in graphic detail and is certainly not for everyone. It does not shy away. There’s been more than a few episodes where I’ve been listening and felt sick to my stomach.

In my personal opinion, the first season and a half is incredible, but lately I’ve found the episodes a little repetitive and leaning a little too hard on just playing entire court room scenes with very little other detail. So I would start nearer the beginning and work your way forwards.

There’s also a website where they post true crime articles, sell merch and post their show notes for the podcast episodes over at Sword and Scale.

My suggestion would be #33 and #34 which is a two part story about Luke Magnotta who is a narcissistic, terrifying man who wanted nothing but to be famous. His murder of Jun Lin was horrific and was the final act of a deeply disturbed man. These two episodes go deep into Magnotta’s history and shares interviews, youtube clips, and news reports. It’s really in depth but really tough to listen to in parts because of the evilness of this man.

This is a great true crime podcast that follows just one case and delves incredibly deep into the history and takes a look at who the killer could possibly be. In 1994, five members of a seemingly normal family in New Zealand were gunned down. There were only two suspects and one was dead in the house with a bullet to the brain. The second was the only survivor, David Bain. This is one of the strangest, most frustrating crimes in New Zealand and in this series Martin van Beynen starts from the beginning going through all the evidence, speaking to witnesses and trying to answer the question, who was the killer?

It’s really well done, and I’m only half way through but can’t wait to finish it. Any fans of Someone Knows Something or Serial will thoroughly enjoy this new podcast series.

That’s it for my recommendations! Got any for me? Leave them in the comments, and spread some podcast love!