After vampires were neutered by the Twilight saga and The Walking Dead thrust zombies back into the lime light both of these movie monsters have seen a big resurgence in popularity. But I have been lying in wait for almost ten years to see Werewolves get their time in the sun, or the moon or… well you get what I’m saying, and Wer while not great, is good enough to sate my appetite for lunar lupine carnage.

When I heard that William Brent Bell was working on another found footage movie after the abysmally bad The Devil Inside I thought ‘wow, really?’ after both audiences and critics tore that movie to shreds. I really couldn’t understand it, but when the trailer for Wer came around I let myself get a little excited, and after seeing it I’ve got to hand it to him, he made a good movie and not only that, he made a good werewolf movie. So William Brent Bell I tip my hat to you sir, you have redeemed yourself.

The movie opens with a family out camping in the French country side. Everything seems well and good until they are pretty much eviscerated by an unseen attacker, and when the only survivor gives a description of the assailant the Police are quick to make an arrest. The accused is a giant hulk of a man covered almost entirely in thick hair, but he’s a timid, shy and seemingly gentle giant named Talan who seems to be a scapegoat, as it appears he‘s accused of the crime based entirely on his unconventional looks. There is little evidence tying him to the scene of the crime. Talan’s defense attorney, Kate (Played by A.J. Cook) sets out to prove his innocence and the first half of the movie is dedicated to this investigation, and for the most part it works.

I found the early scenes did a good a job and do cast some considerable doubt on Talan’s ability to commit these horrific murders. The first two acts also do a good job of grounding the story with a sense of realism and manage to build up a genuinely intriguing mystery. Then the third act of the movie rolls around and this is where we get some truly visceral carnage. The kills in this movie are fast, brutal and to the point, and with Robert Hall’s special effects house Almost Human handling the effects we get some great gore shots. Seeing a werewolf literally plough its way through a French SWAT team is pretty glorious. The beast in this movie is fast, viscous and has a nasty tendency of tearing off its victims’ bottom jaw, an effect that looks fantastic by the way.

For everything this movie does right though, it does get a few things wrong. For instance the scares in Wer are a little lacking and for the most part it plays out as more of an action movie than a true horror and this was a little disappointing. There are a few scenes that manage to build up some tension but they are too few and far between. Another disappointment is the werewolf itself. While keeping the design simple did fit in with the realistic tone Wer was going for, I would have liked the monster to appear more wolf like, the monster is more akin to the classis Universal’s The Wolfman than the creatures in say, Dog Soldier.

Something else I found to be disappointing were the characters. While the performances by the cast were fine, the character are a little on the bland side so there really isn’t any one to root for here besides Talan, who is for want of a better term, pretty badass.

To sum up, if you’re looking for a fun, more realistic take on the werewolf genre, then Wer should suit you just fine. But if you’re looking to be scared this may be a bit of a disappointment, but I’d say it was definitely worth checking out. 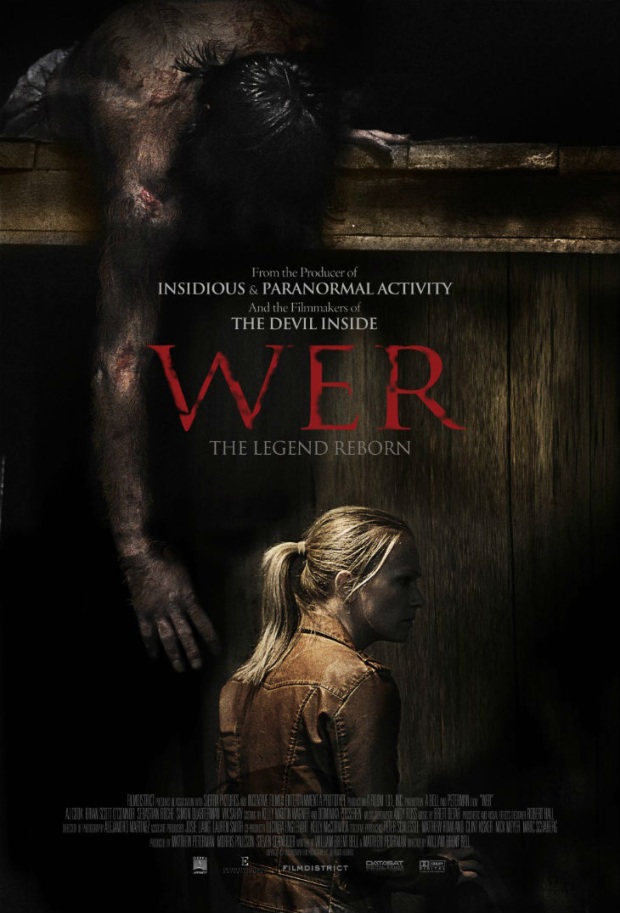