Genre fans can be fickle, and one of the greatest problems for us – the fanatics sitting on the sidelines, well clear of the professional trenches – is understanding that a film doesn’t have to be perfect to be extremely entertaining. For some odd reason, we’re often looking for shortcomings when we should be allowing a film to take us away, to another place where our responsibilities temporarily disappear, and work doesn’t hound our thoughts… all outside distractions should be swept under the rug when an enjoyable film plays before us. While we can shake some of those mental issues when it comes movie time, we can still be a generally jaded bunch. If you approach Dark Cove with the eye of an over-analytical critic, you may be disappointed. If you keep an open mind, steer clear of spoilers and trailers, you just might find yourself pleasantly surprised by a film that proves to be nothing as it seems.

Half of the entire flick is invested in character development. A few of these characters are either amiable or very memorable. Sure, there’s certainly some cannon fodder here, but there are also enough personalities with enough charisma to hold our attention and leave us investing in something, or someone. But what of the story, and why is it necessary to dedicate 45 minutes of a 90 minute film in getting to know these characters? As the film plays out it looks like we’re on our way to your typical 20-somethings go camping and run into a masked killer game, but then a big swing in the story sends us careening out of control, headed in a completely unpredictable direction. And that’s why it’s important to get to know these characters, because they’re going to play important parts in this narrative, they’re not simply there to ensure the camera catches a graphic death scene.

Don’t sweat that last comment too much, because there are indeed a few graphic, disturbing executions created on screen. It’s how we reach that point that is compelling. Once viewers understand that they’ve been duped by the setup, it becomes clear that we’d better be paying attention to the story. It may launch from a familiar dock, but it heads for unconventional swells. Unfortunately for you, I can’t disclose the twist, or true conflict of the film. To spell out the troubles this group faces would rob you of a surprising story, the greatest aspect of the entire production.

Moving away from the story itself, we can put a little more focus on the technical aspects of the film, and the work put forth by this group of young, green performers. First, the editing rubbed me the wrong way. I wasn’t crazy about a good deal of the transitions seen in the film. We rarely get direct cuts, or even unconventional cuts, instead we’re subjected to an endless stream of amateurish, Windows Movie Makeresque fade to black transitions. It looks cheap and it feels repetitive. There’s also some neglect in regards to the script. The general idea is solid, but after spending 45 minutes getting to know our protagonists, we’re forced to accept the fact that there are still a handful of characters that receive little to no attention whatsoever. There’s so much energy invested in the character Joey – his humorous dialogue, his mannerisms and habits – that Willey seems to forget that we might be interested in a few of the other players, perhaps one of the two ladies in the group. Sadly, they’re complete afterthoughts, which seems strange given the logic they could have potentially brought to the narrative. Sure, we enjoy Joey’s jokes, and sure, the other guys have differing opinions and personalities that prevent them from feeling like cardboard cutouts, but there are some misfires made here and it really boils down to the neglect of a few characters that could have been serious story enhancers. As for the acting itself, we can see that this is a group more akin to a diamond in the rough than a smoothed, refined jewel. But at least everyone here is trying. The effort isn’t missed, and for that I applaud the gang. Overall, however, heart and effort don’t necessarily equate to a great film.

Dark Cove has a lot of different issues that could have been tightened up while shooting as well as in post-production. Yet even knowing that this one isn’t a highly polished production with big bucks behind it, I can really respect the fact that everyone involved makes a legit run at creating something special. I can’t say that Dark Cove is the next great indie classic, but it’s far from a failure, and the story’s big conflict is refreshing and realistic. That earns points with me. 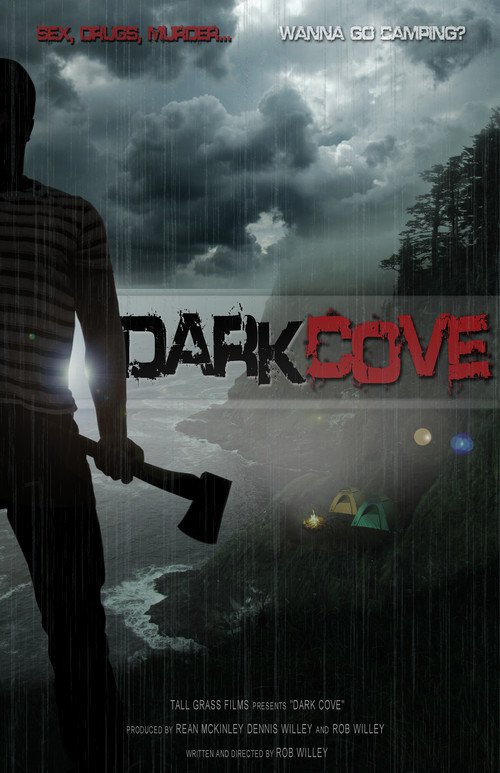