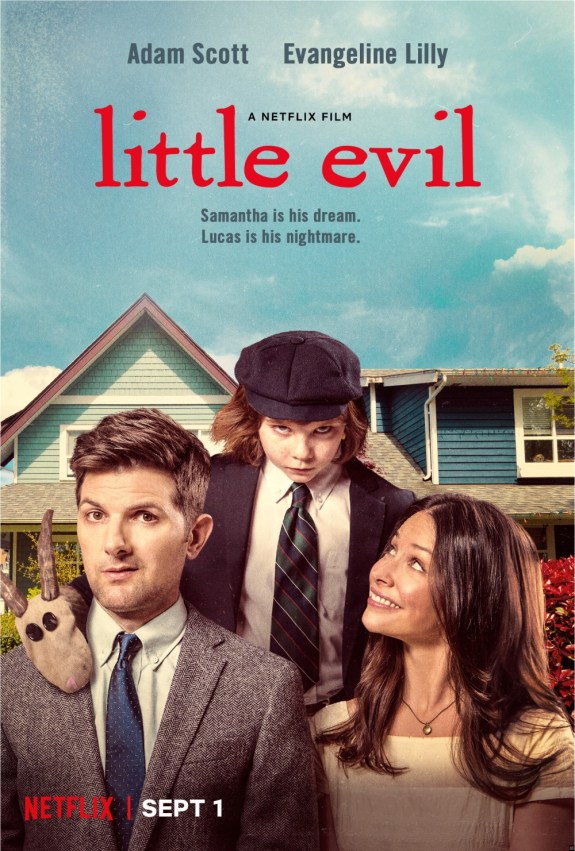 Little Evil is all about Gary who is recently married to the beautiful love of his life and moving in with her and his new stepson, Lucas. He hasn’t spent much time with Lucas yet except for at the wedding where something went super wrong. But it should be a piece of cake right? Talk with the kid, throw a ball around the yard, take him to school…..not really, especially when your new step kid might be the anti-christ!

Very much like Craig’s film, Tucker & Dale vs. Evil, this story is a fun satire. We all know parenthood is a disaster on its’ own, but Gary is essentially struggling with Satan for custody over his new stepson which is basically worse case scenario. There’s a lot of great horror nods – The Shining, Poltergeist, The Omen, Rosemary’s Baby etc. And some really hilarious setups, my personal favorite being when Gary is forced to join a stepdad support group and all of the other dads are sharing their “evil kid” stories which sound very similar to Lucas, except for the minor detail that Lucas is being controlled by the Devil and not just a little brat.

Most of the film relies on Adam Scott to pull this wacky story off without becoming too much of a joke of itself. Luckily Adam Scott is incredible at what he does, playing off that dead pan humor like its’ the easiest thing in the world. He shows enough drama and emotion in the more serious parts, but can pull us easily out of a scene in the best way with one raise of an eyebrow. Owen Atlas plays Lucas and does a really stand out job of playing that Damien style of horror which The Omen made famous. Without many words he can stare you down through the camera and creep you the fuck out. Evangeline Lilly plays her character very well with that undying love of a mother who can’t see that anything is wrong with her child, because as she says many times, “it is never the child’s fault.”

Another stand out performance is Bridget Everett who plays Al. She’s absolutely incredible in this and plays really well alongside Scott matching him beat for beat.

The horror elements while fun and campy, never actually hit that true satisfying horror moment so this is absolutely more comedy than horror. And the ending for me personally felt a little too cheesy, but I’m not sure how else it could’ve ended, so I won’t complain too much.

Overall it was super entertaining – I had a few laugh out loud moments and enjoyed spotting all the horror movie nods. Definitely recommend for a chill night on the couch! 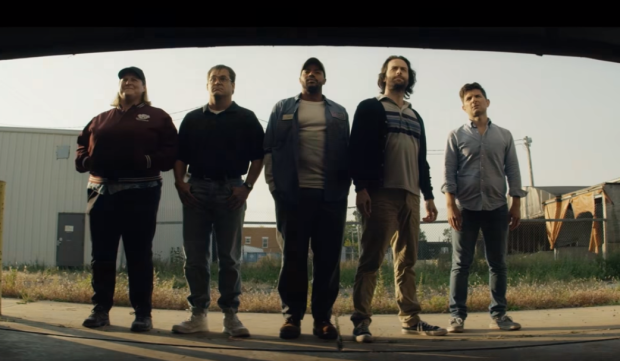